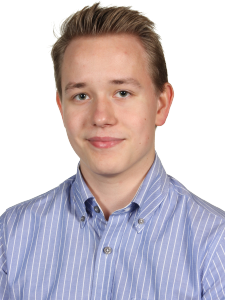 Government Programme came out about a year ago This is not the first time that the Finnish governments have wished to reform our municipal and regional structures. There are varying opinions, however, whether any of these efforts have been successful and adequate. The most pessimistic ones of us might even ask how this reform differs from the earlier ones.

The truth is that the reforms by the present Government go deeper than ever before. Setting up regional governments and the changes to the tasks of municipalities this entails are the greatest changes in our administration since the 1863 decree on municipalities and 1906 parliamentary reform. The current reforms aim higher than the earlier ones. Now it is up to our municipal and national policy decision-makers to show how comprehensive and future-oriented solutions we are ready for.

After the reform there will be no municipalities in the sense we now have. After the radical changes in their tasks, what remains for them to provide are services that contribute to joy of life, education and culture and advance prevention, which are highly significant for the citizens. All this requires new kind of networking and broad cooperation among the various municipal actors, also relating to the shift from a business-related policy to vitality policy. The new vitality policy comprises services for children, young people and families, which play a major role in creating a positive image of municipal citizenship.

In many ways the municipalities of the future are municipalities for the young. The transfer of health and social welfare services to the counties reduces dramatically the service provision and administration of municipalities. This should lead to growing emphasis on the remaining tasks, most of them concerned with children and young people. This is a very profound change, which besides the municipal economy is mainly concerned with practices and opportunities for involvement. Putting children and the young at the heart of things must be a self-evident target in all municipal actions.

One of the most significant changes is that municipal democracy will be further reinforced. The involvement of children and the young is an important part of municipal democracy and, in many respects, it serves as a test platform and booster to other municipal residents. The involvement of children and the young must be among the core activities of municipalities, no longer seen as something extra or administrative burden. As the future municipal citizens and taxpayers we, the young people, have the right to take part in decision-making concerning us because, in fact, we are the ones who will experience the true impact of the decisions that are being made now.

In many ways the municipalities must find a new place in the everyday lives of the people: the provision of low-threshold services to promote health and wellbeing is composed of many small things, where the municipality creates the conditions for various actors. The reforms also challenge our old perceptions of preventive action and give it the weight it well deserves as a core function of municipalities. Prevention should be understood in the broadest sense of the word. Now we have the opportunity for reallotment of public power and private life, where the outcome is wellbeing for the citizens and, thus, viable municipalities.

The municipality of the future is filled with opportunities, which we must now be able to grasp when putting the reforms into practice. We must make sure that the voice of all groups of municipal citizens is heard. Participatory preparation process and preparing for changes at all levels of society together with the citizens is the only way to achieve a sustainable outcome. The reform must lead to a socially sustainable dynamic municipality of the future that focuses on its core functions and creates positive development. The involvement of the young and other people must be genuine and an integral part of the local government actions. What we need is rebirth of municipal policy.

A new kind of political perspective is also needed in the new, self-governing counties. The counties must have an equally strong culture of involvement and the legislation for this. County democracy must be strong, and the involvement of the young must be based on the existing good practices and channels of influence in municipalities. The right of the young to participate in and influence the county affairs, for example, via the youth council must be secured by law. The various forms of involvement are not mutually exclusive but, rather, complementary elements of the democratic system.

Society is constructed for us and our children. To make sure that it is fair, just and future-oriented, today’s young people must have the chance to influence this kind of major Government reforms. In order for the reforms to succeed better than their predecessors and to be true and profound reforms, we must join our forces to also tackle difficult issues and find completely new solutions to them.

The reforms and the municipalities and counties of the future need us, active young people. Youth councils and other channels of influence for the young are constantly measuring and assessing policy-making in the municipalities and nationally – how open, understandable and participatory they really are. We are the pioneers for new policy practices and reinforce the culture of involvement in a number of ways, for the benefit of all citizens.